Often compared to the likes of Miranda Lambert, Waylon Jennings, Merle Haggard, and Sunny Sweeney, which are only a few of the influences, Mandy Z & Rural Route One has gained traction over the last few years and has grown to become an award winning Rockin' Country Band that entertains at Venues of all sizes, Fairs, Festivals, Events, Bike Runs, & much more throughout the Midwest & Nashville, Tennessee! 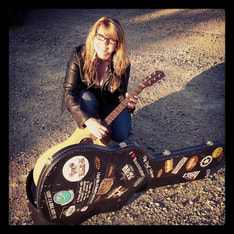 ﻿﻿Singer/Songwriter/Entertainer - MANDY ﻿
﻿
Growing up in a small town of 1300 people at the time, coming from a very large family, all whom are musically oriented, it was no surprise, that Mandy knew by the age of 5 that she was going to follow in the footsteps of her Mother, Father, Brother, Aunts, Uncles, and Cousins.

In 2008, Mandy formed Rural Route One.  The Band Name is a direct reflection of where it all began at the age of 10 Years Old.  Growing up on Rural Route One, She and her neighbors formed her first band, Southern Soul, that grew into a 9 piece Country Band performing throughout the Midwest by the time she was 13.  Mandy continued performing on the fair and festival circuit with that band until she was 17, when she left to grow into her own as a Songwriter and Entertainer.